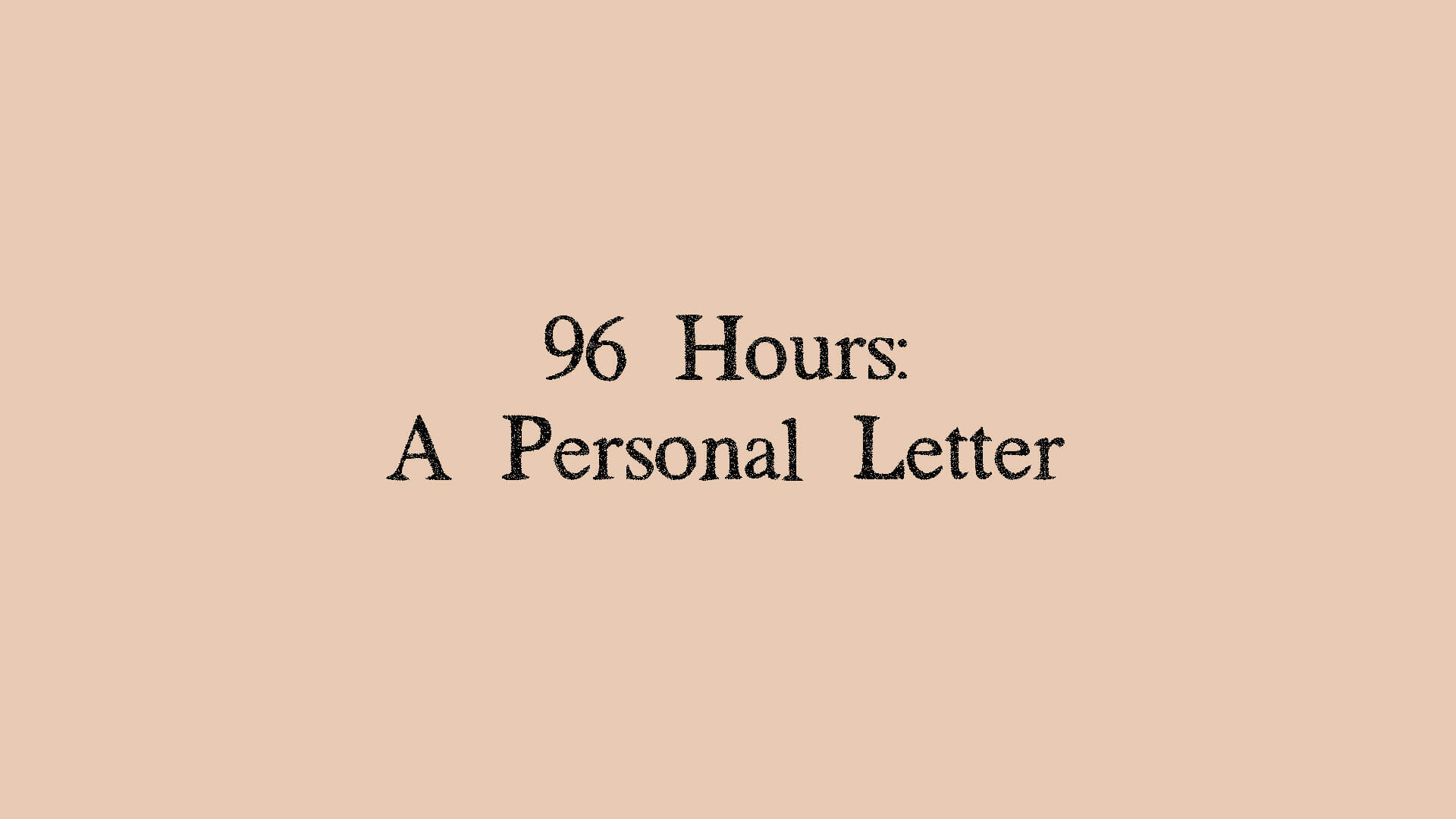 The best advice my dad ever gave me was “Don’t make any decisions when you’re extremely happy, or extremely sad or extremely angry. It’ll never turn out the way you wanted it to.” But I don’t know if it applies to writing too, because the words have been swimming in my head since yesterday and I can’t sleep. I suspect it’s because if the words don’t spill out onto paper, the tears will instead. So that’s why I’m here.

Sunday the 10th of October is the second anniversary of my mum’s passing. Which also marks the one-year anniversary of starting Shy & Curious. I had taken the week off as I knew I would have been emotional either way. I’m grateful but tired from working on the blog and welcomed the pause. It had been an incredible year in the literal sense of the word – that the things I’d only dreamed of creating and growing across the span of years of hard work, were already starting to show up now. Privately I’ll tell my friends how crazy it is and how nervous I am. I’m proud of it, but like every natural reaction to signs of success, I’m terrified of losing it. Of losing the momentum, of not being fast enough, of not being relevant enough, of disappointing those who trusted me and Shy & Curious at first, and wonder where do I go from here.

There’s a part of me that’s also remorseful. That my mum, the push behind creating this online space, never got to see it. I can’t share the excitement of my first collaboration, or workshop, or speaking gig. That for most of my adult years, she saw me drift from industry to industry trying to find something that gave me that spark in life. I thought I found it a long time ago and stuck at it, being stubborn and kept at it thinking “This is just the hard part, just keep going and I’m sure things will turn around..” But it never did and now at my age, I’m nowhere where I thought I’ll be. But I’m finally happy with a new sense of purpose. And I wish I can share that with her to let her know she can feel some relief. Two months before she passed and nudged by an unseen hand, I asked her candidly while we’re alone at home; “Mummy, are you disappointed by me, like how I ended up?”

I’d just quit a job I was burned out from (again). A guy who I had been seeing since February stood me up on my birthday as the final “I really don’t want anything more with you”. (Still I was making up excuses for him). I’m in debt and not sure where the next paycheck was coming from. On paper, I’m a terrible investment as the eldest daughter to an Asian parent and unreliable big sister to my siblings. I’d looked down and didn’t dare to look at her in the eyes when she spoke.

“Well, Mummy thought maybe by now you’ll be a manager in a big company or something because you’re very smart and we sent you to NY. But actually, mummy just wants you to be happy. I’ve seen how stressed you are at work and how much you always give to others for so little back. Mummy can’t force you to be who you’re not, I’ve seen what happens when it’s not right for you. So it’s ok, I just want you to be happy. And you’re happier now. I can feel it.”

As much as it dawned on me back then that that in itself would have been a milestone conversation I had with my mum – as my feelings of guilt and shame as a child started to dissipate, it also would have been the last heartfelt conversation I had with her before she passed on. I really do wish she can see me now, and not just have ‘a good feeling’ like she did back then . I want to go back to being that excited 12 year old running home from school with my report card “Mummy look! I’m getting better! You don’t have to worry about me!”

Don’t worry about me.

That’s the phrase that’s been the mindfuck for my family. Such an unassuming innocent phrase that’s ingrained in all of us that I want to burn to the ground.

“Mum, why didn’t you tell us you found a tumour?”

“I didn’t want you to worry about me.”

“Babe, why didn’t you tell us you’re struggling with the bills?”

“Papa, this is not normal… we need to get you to the hospital now.”

And that’s why I’m here writing away at 5.30am. My dad’s in the hospital. He’s had a stroke. We don’t know when it happened but all we know is that he hid it for perhaps a week. He’d brushed it off as being side-effects from the booster Covid shot. Or he hasn’t had enough sleep. Don’t worry, I’m ok… until finally he couldn’t hide it anymore as he crashed into things, couldn’t pick up a cup and got disoriented and dizzy easily. He admitted he’s lost all feelings on his left side. Deja vu...

Strangely, my siblings and I went on autopilot. It seemed like the clock turned back and we were back in 2019, trying to walk that line between grief and fear, with practicality and resilience. This isn’t the time for hysterics. Our dad’s sick and we need to fix this. My younger brother’s taken over the reins when it comes to my dad and I’m grateful for that. Honestly it’s because while I try to be in the present, I keep having flashbacks to the experience I had with checking my mother into the hospital on a Sunday, and leaving with her body on a Thursday.

My siblings and I handle difficult challenges with morbid humour. It’s a trait, or rather coping mechanism, we got from our mum. Yesterday as we gathered at home to sort out sending my dad to the A&E with Covid-19 measures in place, I reminded my siblings: “You guys realize what day it is today right?”

They shook their heads. “It’s the 6th. Same day the ambulance picked mum up.”

“Oh shit…“ and then we laughed. Because we knew our parents have the penchant for the theatrics in their on-off-on-off relationship. I suppose that’s where I get my dramatic flair from.

I’ve a complicated relationship with my dad. He was my hero growing up but as heroes come to be, the sheen started to fade as I grew older and flaws started to show. You know that moment you realized you’re an adult when you see your parents as being clueless people figuring out their lives just like you are? In a way, I’d always straddled those conflicting emotions as I watched his decisions cause devastating consequences for my mum and the family. Logically, I understood he’s a flawed human being like any of us. As daddy’s girl, I wanted to whimper “What happened to you? This is not the Papa I know..”

It’s the same thought I had when I looked at him closely yesterday. Even though he’s been living with us since my mum passed, yesterday I saw him for who he is now. Frail, aged, exhausted and scared. Deja vu….. the same realization when I saw my mum in bed right before the paramedics carted her away. When did this happen? How did I miss it? Where did Mummy and Papa go?

It’s now 8am and the sun’s starting to rise. After an outpour of emotion like this, ironically I’m never really sure when I hit the ‘Publish’ button if it’s the right thing to do.

Why would you even write that? I imagine the unseen readers saying. If you’re so distraught, how could you even voice it out? If you care that much, shouldn’t writing be the last thing on your mind??

Truth is, I really don’t know.

When people ask about my writing methods, I tell them honestly that a sentence will pop in my head out of nowhere. And I see this sentence swim around, then I’ll hear a voice narrating another sentence, then another, and another until I hear and see bits and pieces of paragraphs floating around. My only job is then transcribing them. To get them down on paper as fast as I can. Not because I’ll forget and lose them. But because if I don’t, they’ll go on and on and swim in my head threatening to take over and I can’t do anything else with the rest of my day.

Which is why I’m here. To jot all of this down. To make sense, in whatever nook and crevice of my brain and heart that needs to tie the pieces together of what’s happened in the past year, let alone past week. So that when it makes sense and I figure out my place in this story, I can figure out what’s next. I’m not sure what that will look like, but I know I feel calmer now. Life’s going to be different. Again. But that’s ok because we’ve done it before – bruised, busted and scraped, but we always pause and get up again for the next round. And maybe crack an inappropriate joke or two.

The last time my heart broke – when the person I wanted to spend my future with thought it was impossible, my tiny tattoo on my forearm kept me going.

24 hours that life can change.

24 hours that could take a turn for the worse, or for the better.

24 hours to still be grateful for and hope. Because that’s all that keeps us going really. Just faith in the next 24 hours.

Love, Rin: My First One Night Stand (Part 1)
Love, Rin: How to Lose a Guy in One Date
Love, Rin: And Just Like That...
Share
Tags: anniversary, family, Featured, love, mental wellness, personal