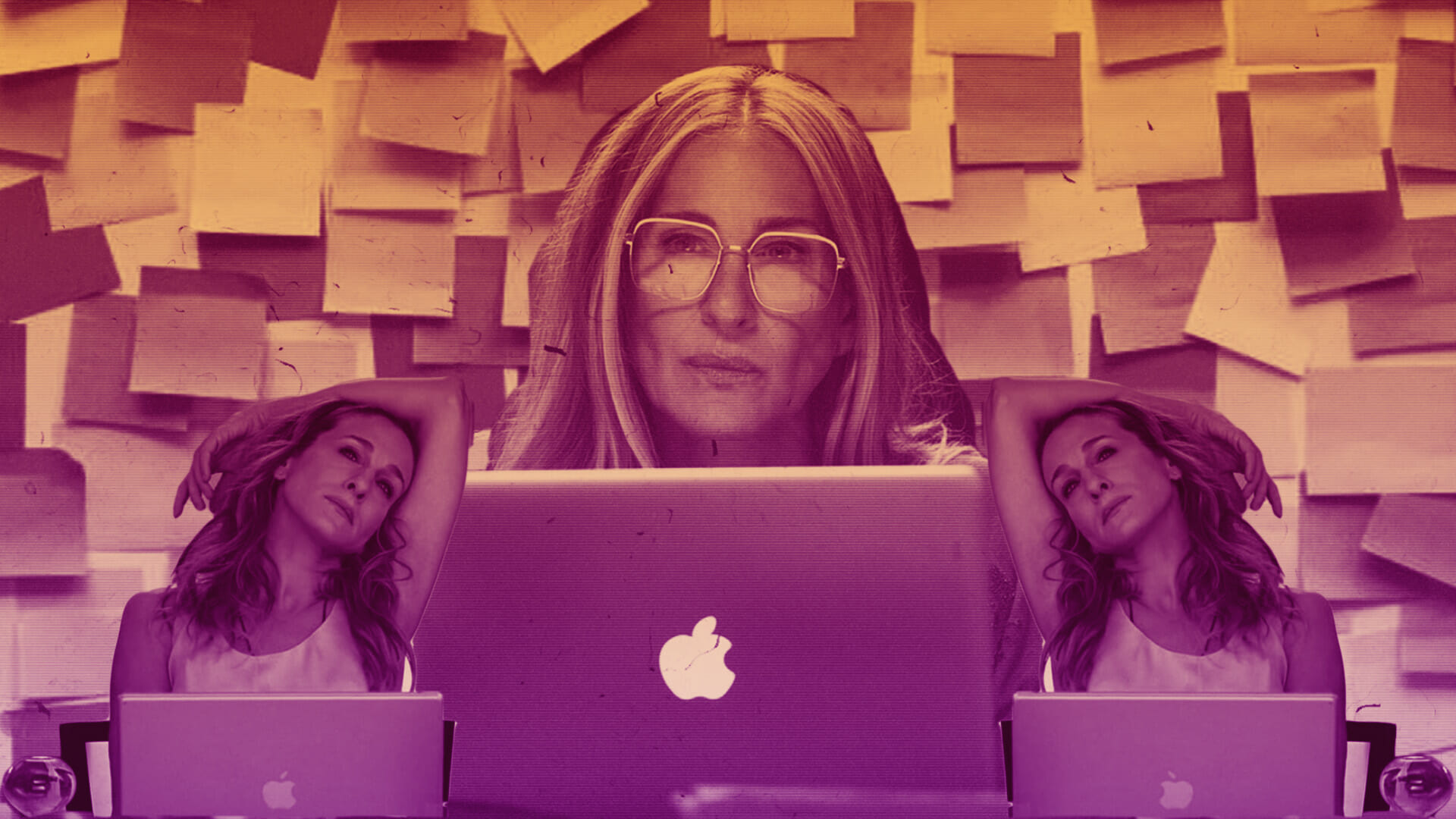 This time it wasn’t the washing machine that broke down. It was my Mac.

So I decided to take it as a sign from the universe that it’s time for a quick break from writing. And just like that – we’re halfway through the first month of 2022.

What did I do on this short hiatus as we cautiously tip-toe our way into the third year of a global pandemic? I turned to a group of good old friends and caught up with them since it’s been forever and a half. You probably know them too – Carrie, Miranda, Charlotte and a little city called New York.

I remember when I first met them. I was 19 years old and living away from home for the first time in KL studying Art. I shared an apartment with two lovely girls and one day, one of them brought back a whole collection of pirated DVDs (remember those?) from Sungai Wang. As I walked passed the living room and saw the explosion of pink, tulle and blonde curls on screen as Sarah Jessica Parker spun around, I asked my flat mates “What’s that?”

“Oh Sex & The City. You know that tv show from US that’s banned?” I was immediately hooked.

So a year later, when I landed in NY to pursue the rest of my college education at Parsons, I instinctively channeled Main Character energy: “Hello New York! I’m here to find love!”

Except it wasn’t Carrie that I was pretending to be, it was her ultra-cool, uber sexy BFF Samantha.

But of course I could never be an actual Samantha back then. I was young, insecure and still believed in one true love to be actually sexually confident. It was a wild phase where I explored, experimented and chased boys. Some adventures were fun, some were sad but I always had a story to tell the gang every weekend over drinks. I even had my own Mr Big as we had a tumultuous on-off relationship. He was in finance to my fashion role, a brunette with a smirk, and he’d always disappear whenever I needed him. Despite wanting to be Sam, I was a dramatic, neurotic and romantic Carrie Bradshaw at heart.

Then I left the city I called home thinking I’ll be back in 3 months. 3 months became 6 months, then a year, then another, then finally I’ve been back in Singapore for longer than when I used to live in New York. These days It feels literally like a past life from a fever dream. The gang ended up scattered across the globe, I finally broke free from Mr Big (Editor’s Note: he broke up by a WhatsApp text, not quite a Post-It but close enough!), and I wasn’t even working in fashion anymore. Carrie and Co were just a reminder of an old fantasy of a life I once had.

Then cue the whispers of the SATC reboot, sans Kim Catrall. “Oh no, they wouldn’t dare without Samantha!” When the paparazzi behind-the-scenes shots showed up, it set social media ablaze. “Wow, they look really old and tired…” came everyone’s immediate response. And finally when the first two episodes aired, there was this collective stunned silence as A) Mr Big died, and more importantly B) the world was reintroduced to Carrie, Miranda and Charlotte in their 50’s. Wrinkles, Botox, grey hair, in all their glory.

I’ve to confess I watched the debut of ‘And Just Like That’ expecting a train wreck. While parts of the script were cringey at first and the new characters seemed more like woke caricatures thrown in to make up for the lack of political correctness of the original series, I bawled my eyes out when Carrie found Mr Big dying on the floor.

“Noooo… she spent her whole life looking for love, how can they take it away just like that??”

I felt a weird pang and I couldn’t help but wonder –  when the camera pans away from the Happily-Ever-Afters and the credits roll up, is this the real ending of a love story or the start to another end?

The screen doesn’t show what happens the next day. There’s no Easter egg in the credits when the lovers decide to part at sunrise after a night of deep conversations and connection. The sinking feeling you get when you open your eyes the next morning and go “No, that can’t be it. I want more. Was it me? Am I not enough?”

Movies aren’t as fun when there’s an epilogue revealing the lovers growing old, cranky and distant from each other. Or just like in Carrie’s case, when she got the man of her dreams, the material success, and that ridiculously amazing walk-in closet, it seemed like the universe went “Alright sweetie, time to put one of the toys away.”

But just like how I was stopped midway in my tracks all those years ago to watch the adventures of a blonde girl looking for love, I was hooked again, line and sinker.

The writing got better over the episodes, the witty quips came fast and furious, and finally as the show itself broke the 4th wall with the episode where Carrie ponders if she should go for plastic surgery to erase the 15 years from her face. Then it hit me why we were all so uncomfortable when the girls stepped out again on screen after so long.

15 years of their lives meant 15 years of ours. It meant facing the fact that we the audience too have grown older just like them – wrinkles, Botox, grey hair and all. Some of us have achieved our dreams like Charlotte and her happy family. While others – just like how it slowly dawns on Miranda, wonder is that all there is?

And for some, like Carrie and me, we’ve been navigating through the blurred lines of grief and gratitude while still looking for more. ’Tis better to have loved and lost, than never to be loved at all’ can only placate so much when you’re in an emotional spiral triggered by a whiff of his cologne or the glimpse of silhouette that looks just like her.

You start wondering when will the script call for the next Mr Right-Now to enter. Or if one of the main characters in your life had their last scene with you. Or what’s the next plot twist in your life coming your way.

The morning of when my Mac decided it needed its own hiatus, I was due to give my very first corporate talk to the National Gallery, courtesy of SWI Clinic. I was absolutely honoured and terrified at the same time so I didn’t even let any of my close friends know I was a speaker as I didn’t want to jinx it. Yet there I was panicking 10 minutes before it started while trying to switch my set-up around to be able to present. A tiny voice in my head shrieked “You’re such an imposter! No one is going to take you seriously!” A calmer deeper voice went “No, you’ve got this. You’ve been in worse situations and always figured it out. You’re golden.”

Despite the initial hiccup, it went pretty well in the end with attendees noting that they enjoyed it and took away something new. The topic of the talk? Funny enough, it was “Once Upon A Time: Using Storytelling for Self-Love & Building Resilience”.

So this topic came about because I often get asked “How do you keep going? How do you stay resilient despite the setbacks and fears? How do you take that leap of faith?”

Truth be told, it’s because I kept that wide-eyed ingènue wonder from all those years back when I landed in the city. You can take the girl out of NY, but you can’t take NY out of the girl. I rather regret the choices I made, then wonder ‘What if?’ for the ones I don’t.

Did you know there’s only 7 plot lines in the world? The most famous one is called Voyage & Return, or you might be more familiar with the other term A Hero’s Journey. The Main Character (a.k.a You) sets out on an adventure away from home, faces a conflict that transforms them inside and out, then eventually returns as a (usually wiser and better) Protagonist. Just picture any Marvel hero’s character development and you’ll pretty much figure out what it’s about.

And as I sit here and type away, I can’t help but fit my own narrative to create meaning from the randomness and chaos of life. I spent a decade in New York chasing the initial dreams of fashion and love. I wanted to be an editor at Vogue and continue to thrive in the city with the gang. Then as the plot twisted and turned and I grew weary of chasing the dream I was getting jaded about, tragedy struck. It made me take a good look at my life, and just like Miranda – wonder if that’s all there is. But not just that, it made me take a good look in the mirror and wonder, “Are these really my dreams? Or the dreams of a Rin from a past life?”

So I decided to go back to the beginning. What I’ve always loved and enjoyed doing. Step out and say “Hello Universe, I’m here to look for love!” And share stories about it with you.

2021 was terrifying, it was exhilarating, it made me do things I’ve never imagined in a million years would happen like giving workshops on how to have a fuck buddy or how to be sexually confident. I’ve made so many new friends in the sex-positive space and still feel so bewildered that there’s a willing community of readers who say hi and contribute their own thoughts and insights about the essays I share.

And now as I officially kick off the first post of 2022, I’m proud to say I’ve gone full circle back to the past (career) life I’ve had before. I’m now the Content and Digital Marketing Manager at Horny.sg and Pink Lifestyle. I’ve never been happier or prouder to say I work with sex toys for a living!

What does it mean for Shy & Curious? I’ll still be here writing away of course but what it also means is that I get to understand your needs and concerns when it comes to the bedroom in real life. It’s also been an honour working behind the scenes and learning about the tech and values behind these toys. You can catch me at Pink Lifestyle @ Isetan once a week if you’ll like to say hi and chat. Or you know, buy a toy or two…. wink

One of my favourite quotations ever is a passing joke from Oscar Wilde’s The Importance of Being Earnest.

“I never travel without my diary. One should always have something sensational to read in the train.”

I love it because it’s true. If you’re not the most fascinating character in your own life, how else will you find out what happens next in the next episode? Who else would be rooting for you at each plot twist and eagerly await your growth as you make your stride towards Happily-Ever-After?

If that’s the end of one crazy whirlwind year in writing about sex and love, I can’t wait to see what surprises and characters 2022’s season will bring.