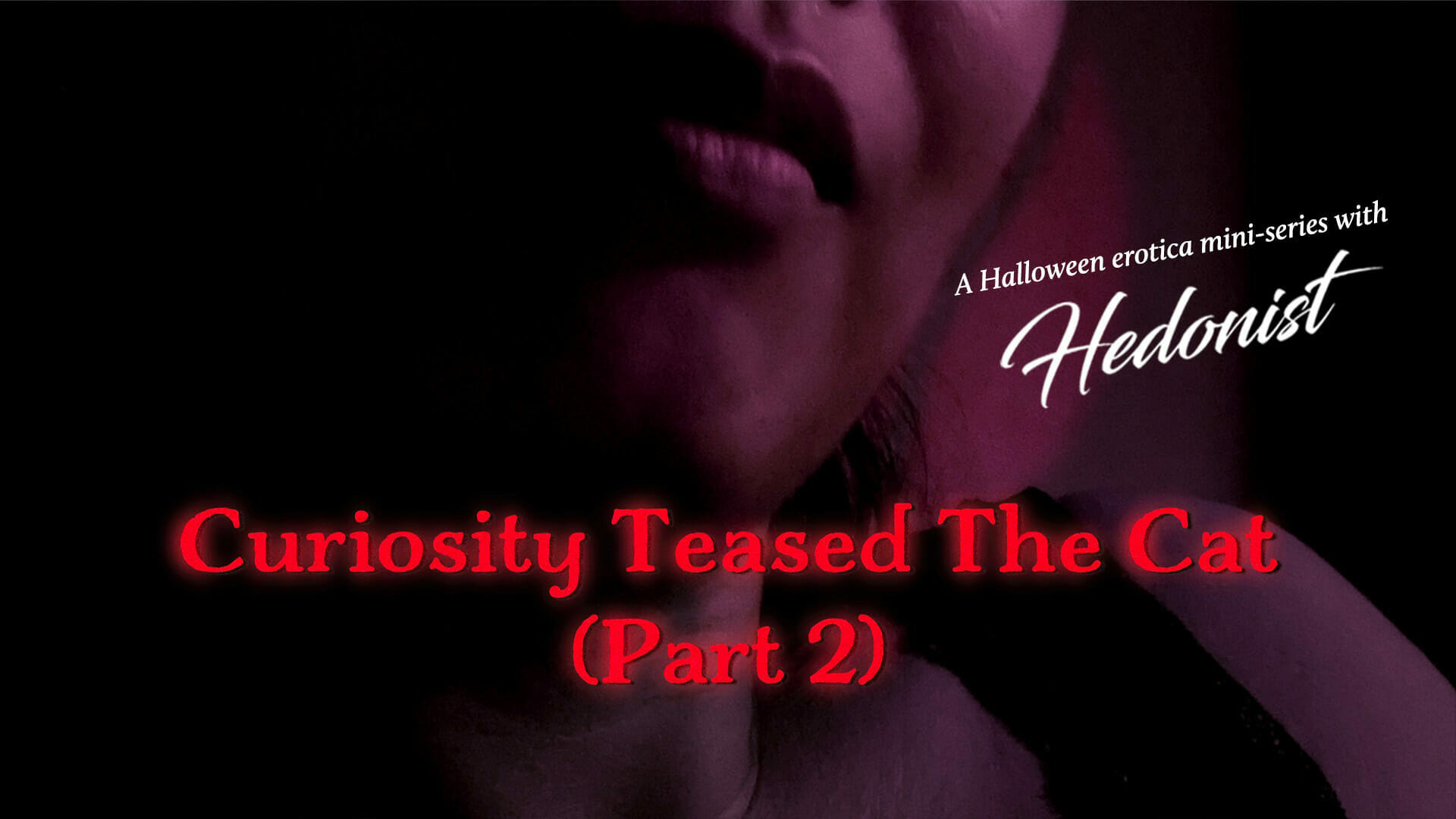 In collaboration with our sexy friends over at the Hedonist, we’re pleased to bring you a special Halloween Erotica mini-series where YOU get to pick what happens next. Just like a Choose-Your-Own-(Sensual)-Adventure, follow their IG: @hedonisttribe to find out the next erotica series. This is the final part to Selena and Nicolas’s sexy Halloween party. Missed the first one? Catch up here.

“Don’t tell me your last name is Kyle”, Nicolas smirked and his green eyes twinkled as he eyed me hungrily from top to bottom in my Catwoman suit. Apparently Mr Air France isn’t great at being discreet but I wasn’t complaining.

I bit my lower lip, lowered my gaze and purred, “And what if it is… what are you going to do about it?”

His eyes betrayed him as he appeared slightly taken aback at my forwardness. In a blink, he regained his composure as he narrowed his eyes knowingly and a wry smile spread across his full lips. “So then Selena Kyle, can I be your Bruce Wayne for tonight?”

Bingo. He took the bait.

The lift landed with a thud as the heavy metal doors opened to a throng of outlandish costumed revellers pushing their way in. I took Nicolas’s hand and lead him out, “Come on Batman, show me what you got…”

Despite being in my latex stiletto boots, Nicolas still stood a head taller than me as we scuttled away from the lift lobby together. Honestly I had no idea where we were going but since we were in a deserted warehouse by the harbour, I figured there was bound to be a dark hidden corner somewhere. But once we were walking side by side with our fingers intertwined, my brazenness suddenly dipped a notch in the sobering cool night air. Is he even feeling as lustful as I am?

A man’s scent is like catnip for me and as his woody cologne wafted in the sea breeze, I just wanted to nuzzle in the crook of his neck and inhale all of him. I took a sneaky glance at his tight uniform pants again. The bulge was unmistakeable this time and I smiled quietly to myself. Guess I answered my own question…

“Like what you see Madame?” His deep velvet voice cooed as he gave my hand a squeeze with his steely eyes still peering ahead. It was my turn to get embarrassed at being caught. I chuckled, “Well Batman you haven’t said a word yet and I can’t read minds…”  He suddenly stopped in his tracks and spun me in towards him as he caught me by surprise. It was like a replay of the previous scene at the dance floor, except without the stumbling drunk. Instead, as I braced myself against his broad chest and peered up, this time he cupped my face and murmured as his eyes fixed on my parted lips, “May I?”

His lips were soft and his tongue was sweet. As we explored each other’s mouths slowly and sensually, my hands started roaming from his chest towards his shoulders. As I hung onto his shoulders – desperately lost in our kiss, our tongues became well acquainted. By now we felt the other’s hunger coursing through our veins and devoured each other greedily.

Nicolas took my cue as he grabbed the back of my neck and his other hand slid towards my ass. I giggled mid-kiss as he gave my ass a tight squeeze and drew me in closer to him. I could feel his hardness pressing into me as another electric pulse went up my spine and spread across my body. Mmmm I want him so bad… As he pushed his pelvis against my mound, a distant laughter from nearby partygoers broke the spell reminding us of where we were.

I pushed away first as I gasped for air. He seemed as enchanted and dazed as his emerald eyes focused on mine. “Mmmm.. maybe we should find somewhere quieter?”, I mused.
He nodded furtively like he had a secret stashed up his sleeve, “I know just the place..” and wrapped his arm around my waist.

Uh oh, said my brain as we strolled towards the back of the warehouse.
Hell yes, said the rest of my body.

P.S. We’ve come to the end of Curiosity Teased the Cat and Selena and Nicolas’s story for now. Tell us if you’ll like to see more of this sexy duo or get a glimpse into another couple’s naughty escapades? Leave a note in the comments!

P.P.S. If that’s gotten you into the mood, take 10% off any online purchases over at Hedonist. You’re welcome….