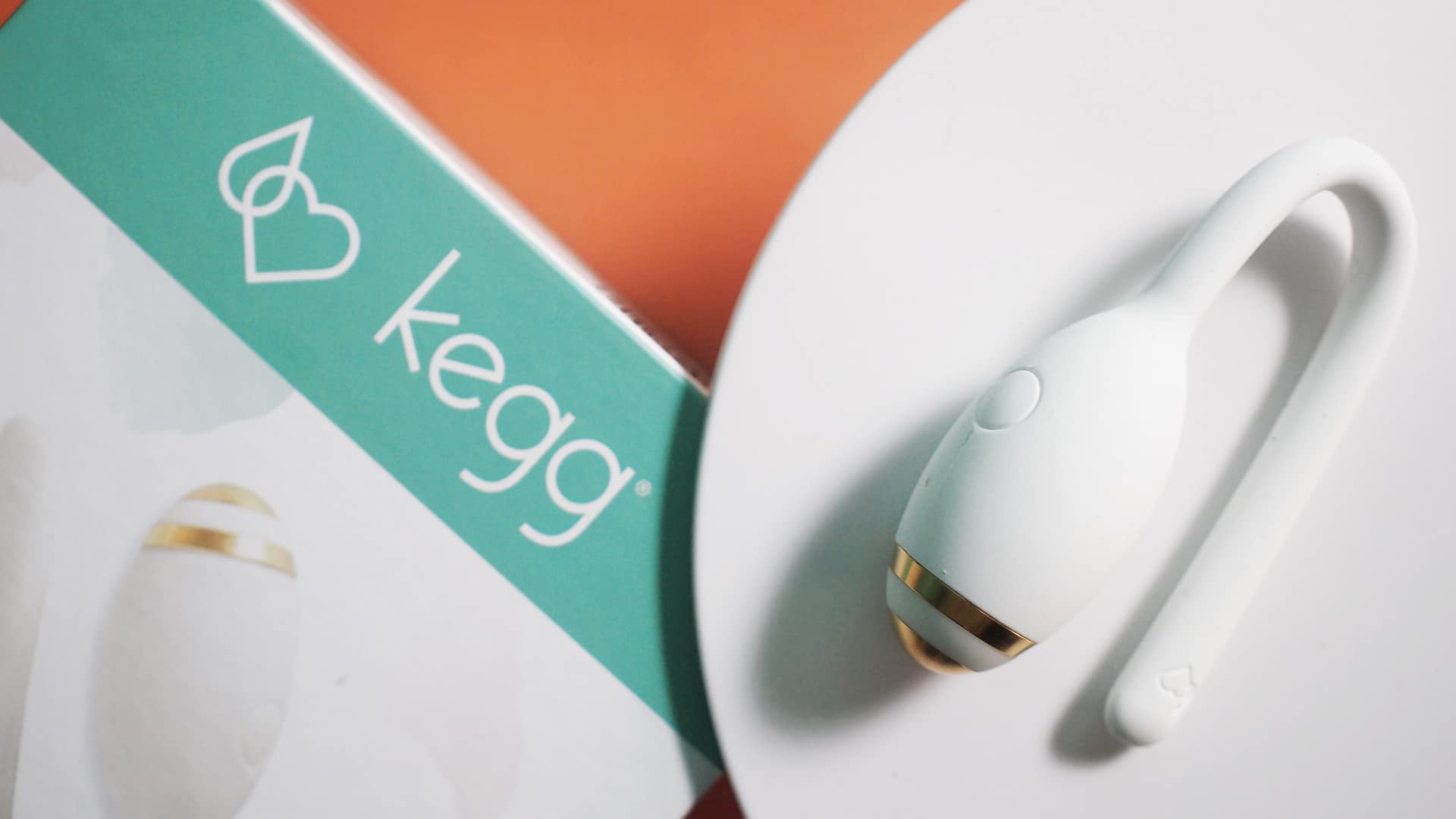 The first time I took a home pregnancy test, I was in my early 20’s. My ex and I were always careful about using protection and I wasn’t on the pill yet. So when my period was late, I was doubtful but figured there’s no harm heading down to the pharmacy to pick up a test kit. I sat on the toilet and felt dread and anxiety while just avoiding glancing at the pee stick in my hand. It may have been a minute but it felt like hours passed when it finally came up negative, and a wave of relief rushed across me. Yet a tiny little small part of me felt oddly – disappointed?

“Wait a minute, that’s weird…” I know I wasn’t ready to settle down then, let alone be a mother. But at the back of my mind, there was a small voice that actually went “Aww shucks” like those old-timey cartoons. Did I actually want a child?

I’ve been on Team Child-Free since I started dating but my friends and family warned me that “Oh you’re going to feel the clock ticking like a bomb one day…” I dismissed them as I’ve always put motherhood on a pedestal. It’s such a huge responsibility and sacred honour that I didn’t think I’ll ever be ready for. There were some days when I already felt like I couldn’t take care of Adult Me, let alone a Mini Me. Then I met someone who I could see myself with little versions of us running around. Ahhh, so it wasn’t that my biological clock was a little behind. Just that I needed the right partner to make me feel like I can take on this role as long as we’re a team. But at 36 years of age, I’m well aware of the hurdles that might befall us if we ever decide to go down that route.

So when our friends at Fermata Singapore asked if I’ll like to check out Kegg, a 2-in-1 Fertility Tracker that can tell you when is your optimal fertile window, I was intrigued.

Since the topic of fertility and family-planning is new to me, I tapped on our community about their experience when it came to fertility and conceiving. While it was interesting that it was split in the middle in terms of those who answered that they did plan for children versus those who preferred to have ‘happy surprises’, there were a few brave readers who shared their stories of getting fertility treatments, going through IVF and the pain of miscarriages. Getting pregnant is both a science and a mystery – we know how it works technically yet it’s still considered a miracle when one conceives and brings a child to the world. So beyond the obvious answer, how do you actually get pregnant?

You may have sex as much as humanly possible with your partner, yet if you miss the window period when you’re ovulating – basically it’s a no-go and unfortunately no babies are made. What exactly is ‘ovulating’? Ovulation is when an egg is released from the ovary – which for most women who have a regular cycle, happens between day 11 and 21 of her cycle. Yet the fertility window is actually a little earlier before that at day 8.

Here’s the twist, an egg ovulation only happens within one day and once the egg is released from the ovary, it only has 12 to 24 hours to be fertilized. So you’ll actually want sperm to be waiting in the Fallopian tubes before the egg is released in order to fertilize the egg. The good news is that these hardy swimmers can live for up to 7 days in a woman’s body.

Alright, that sounds easy then. Let’s just have sex when we know we’re ovulating. Uh-oh, here’s where it gets tricky. First off, not every woman has a ‘regular’ period. There are those who could have shorter or longer periods, or even irregular ones. While there are signs to look out for when one is ovulating like basal temperature increase, breast tenderness, increased sexual desire but the one that’s been recommended for its accuracy is checking your cervical mucus. Ok hold up, what’s ‘cervical mucus’?

We’ll let the team at Kegg answer that:

Cervical fluid is a hydrogel that contains mucin molecules, water, and chemical and biochemical compounds like sodium chloride, protein chains, and enzymes. These elements make up the electrolyte structure of cervical fluid and the concentration changes throughout the cycle.

During the first half of the cycle, rising estrogen levels cause the glands to secrete cervical fluid. When observed, it could look like raw egg-white hanging down at your perineum or sticky like glue stuck on your underwear.

Family planning based on the observations and tracking of a woman’s cervical fluid is also referred to as The Creighton Model (CrM). On average, most couples are able to get pregnant within six months to a year. However, a study that tracked those using CrM found that 76% of the couples conceived within the first month of trying. 90% of the couples conceived after the third month and 100% after seven months.

That’s how Kegg’s founder and CEO, Kristina Cahojova came up with the idea as she was personally suffering from irregular menstrual cycles. From an interview with Techcrunch, she laments:

“I didn’t want to be treated with hormones. When I talked to fertility instructors or a specialized fertility doctor, all they wanted to know about was my patterns of cervical fluid. Why? Because the fertile window is defined only by the presence of fertile cervical fluid, having a positive LH luteinizing hormone test is nice but it won’t help you get information to fix your cycles. That’s why so many fertility doctors are interested in cervical fluid and that is why so many women are told to track it with their fingers,” she explains.

“How on earth are you supposed to be able to track objectively something so important, yet private, without the help of technology? I was frustrated and angry that every company that I talked to didn’t have a solution and didn’t want to make this so-needed product because it ‘would have to go into the vagina’. So I set out to make a product that would help me and women like me.”

And Kegg was born.

This very Apple-esque sleek device is made out of medical-grade silicone and gold-plated stainless steel. We love how it looks ironically like a friendly sperm 🙂 It’s not much bigger compared to a regular-sized tampon and smaller than the average menstrual cup.

A user is advised to test daily for 2 mins each time by turning on Kegg and inserting the bulbous part into one’s vagina. It then sends low-level electrical pulses which senses the electrolyte levels of the cervical fluid. This is called impedance technology and allows the data to be sent to the cloud for analysis through the accompanying phone app.

In real-time, it then displays test results, cyclical trends, and fertility predictions. With consistent, once a day use (except on your period), you’ll be able to understand your body and fertility periods better for actionable results. A.k.a let the baby-making commence!

What’s also really cool about Kegg, as the name suggests – is that it can also be used for Kegel exercises. The app comes with prompts to guide you through pelvic floor exercises like when to squeeze and relax those internal muscles. The rechargeable device connects to a USB cable and comes with a charging case that also doubles up as a display stand.

Kegg is made first available outside the United States in Singapore (featured in Forbes and TechCrunch) only at Fermata Singapore. From now until 25th December, it’s available at a 25% launch discount! That’s a pretty good deal compared to buying disposable ovulation kits aren’t able to give you such accurate data and tracking abilities.

I’m just fascinated by the marriage of technology and design behind Kegg and feel that it’s a must-have in every home. Not only for those who are trying to conceive, it’s to ultimately help understand and know your body and fertility patterns better in general. If we can introduce tech into the daily essentials like electric toothbrushes and sonic face cleaners, why wouldn’t you want the same and invest in a fertility tracker like Kegg to get to know how your vagina and ovaries are doing?

In the meantime, let me start planning my list of names for the future kiddos 😉

All of Shy & Curious’s picks are independently selected by yours truly. All product details, prices and availability are accurate as at the time of publication.